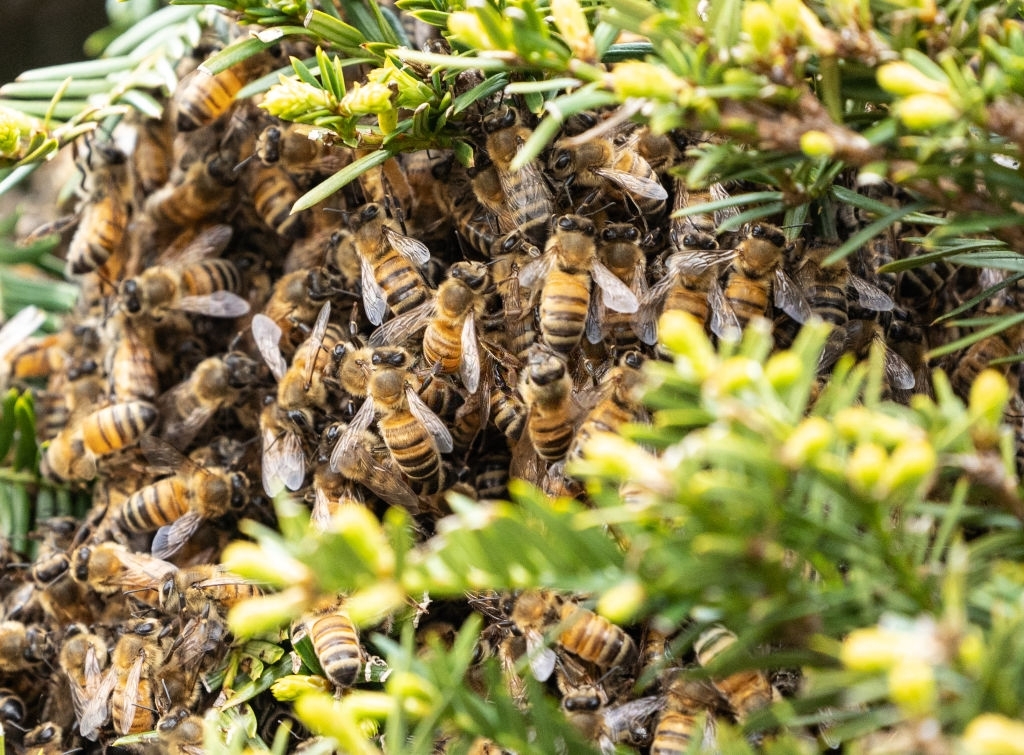 CATHEDRAL CITY, Calif. – A bee swarm was removed during a planned outage at a neighborhood in Cathedral City Wednesday morning. The bees were located in an underground electrical box according to Southern California Edison.

The planned outage lasted for two hours and affected about a dozen customers according to SCE officials. They said area homeowners called them over concerns of possible bee stings from the swarm. A bee control technician was contracted to remove the bees.

News Channel 3’s and CBS Local 2’s Jeremy Chen spoke with a neighbor and the technician about the bee swarm to offer some tips on what do to when faced with bees.